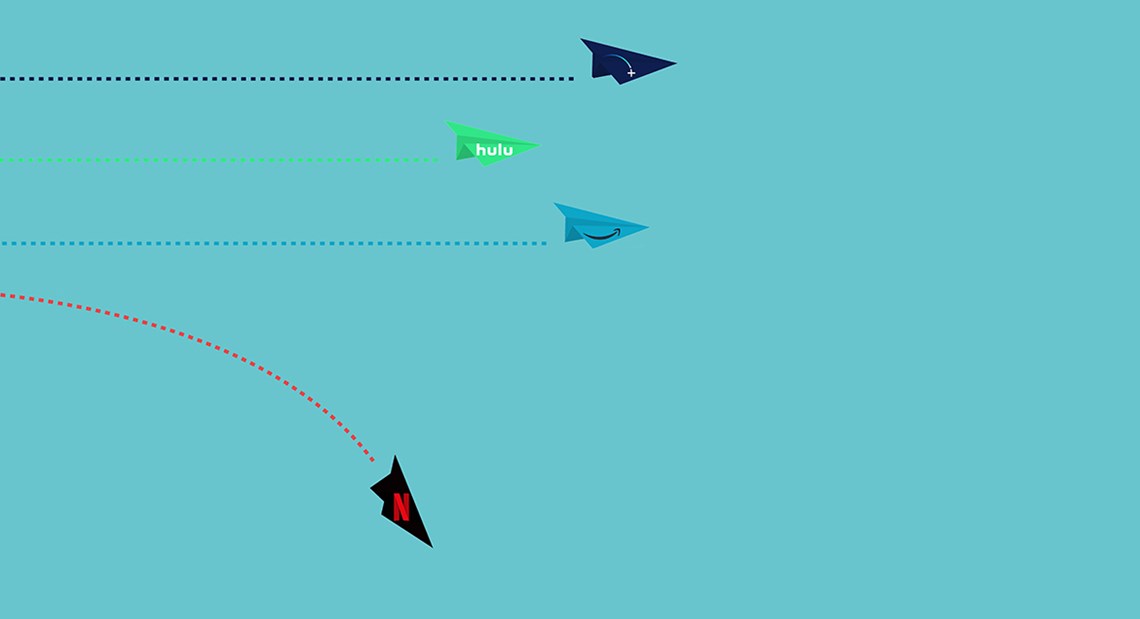 It was a headline-grabbing year for technology, from massive IPO failures, congressional testimony on data privacy and ad practices to the much-anticipated streaming wars. Many of these issues as well as unrealistic business practices set the stage for 2020 and the wave of disruption that’s likely to shakeup technology, media and advertising.

Here are my three predictions for what the new year has in store for the tech.

Netflix will become ad supported
My belief is that every company that is reaching tens of millions of people will inevitably get into the $600 billion advertising business, including Netflix.

A lot has been written about this: Disney+ and Amazon are getting stronger, offering loads of quality content that only make it harder for Netflix to keep its subscribers.

Disney is offering a bundle package of its streaming services: Disney+, Hulu and ESPN+ for $12.99, which will include the standard ad-supported tier of Hulu. Amazon, already the third largest advertising company in America with $18 billion in revenue, has a major advantage with Prime, a service now being used by more than 100 million people.

There is a good chance Disney and Amazon are already in most of our homes in some capacity, and they will continue to use advertising as a strong bridge to further penetrate into our lives.

As successful as Netflix is, they’re facing a whole new type of competition on all fronts, from quality of original content to distribution to price. While Netflix said they won’t go the advertising route, I think it is their destiny. And with their reach, data, technology capabilities and opportunity to reach users and TV advertising being such a successful vehicle for advertisers, I predict they will become one of the largest advertising companies in the world—and they will never turn back.

Apple will have its first failure with iTunes on other TVs
Apple’s success rests in the hands of the well-respected and visionary Eddy Cue’s ability to make Apple a services company across music, payments, health and content. But to succeed in a services strategy, Apple must become ubiquitous and offer its content/services everywhere, which is something the company has not done successfully to date.

For example, can Apple truly succeed partnering with Samsung, delivering content through iTunes? I remind you that Spotify’s app on Apple Watch is still just a remote to your phone, but not a standalone app like it is on any other smartwatch. Apple’s biggest conflict is bringing the magic we all love to use in the Apple kingdom outside of their walls by partnering with others.

So, can Apple partner? This will be the year we’ll need to either see Apple evolve into a whole new company culturally under Eddy’s leadership or fail in this new world of services we’re all heading toward.

From Roku to Samsung, physical devices will help save journalism
In 2019, we saw the origin of news as a service, where began expanding into the news business, aggregating news and surfacing articles to their users to drive engagement. Next year, this trend will continue to breathe new life into platforms like Fire TV, Roku and even legacy providers like TiVo.

Amazon debuted a news aggregator app that rolled out to its 37 million active users, Roku added more standalone apps from news organizations to its devices and Samsung alone sells about 700 million devices a year, having created a massive opportunity to surface news that matters to consumers and bring people back to the open web. More access to news is a great service for readers. Platforms and devices that offer quality journalism and video content in a brand safe manner or in ways that actually drive traffic to publishers’ sites or OTT apps by putting more control at the hands of the publisher will rise to the top.

When you think of billions of devices sold a year (smartphones, TVs), the opportunity for the physical world to collectively save journalism is massive, and we’ll see a lot more of that in 2020.

The rapid evolution of the content space in 2020, which is demanding fast growth and fighting hard for users’ attention (and dollars), will force companies to break out of their comfort zone and evolve past their traditional approaches to this market. That includes unconventional partnerships, new types of business models and perhaps even a newly evolved culture that is better prepared for the future. Things are about to move even faster, which is an exciting time for us all in the content space.